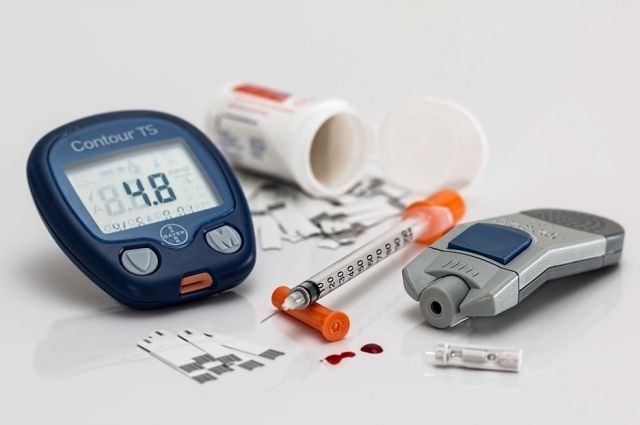 Diabetes is a chronic disease that develops when the pancreas does not produce enough insulin or when the body cannot use the insulin it produces effectively. Insulin is a hormone that regulates blood sugar levels. A common consequence of uncontrolled diabetes is hyperglycemia, or high blood sugar levels, which over time can cause severe damage to many body systems, especially nerves and blood vessels.

In 2014, the incidence of diabetes among adults aged 18 years and over was 8.5%. Diabetes was the direct cause of 1.5 million deaths in 2019, and 48% of all diabetes-related deaths occurred before the age of 70 years.

Compared to this, between 2000 and 2016, the probability of dying between the ages of 30 and 70 from noncommunicable diseases belonging to one of the four major groups (cardiovascular, cancer, chronic respiratory disease or diabetes) decreased worldwide by 18%.

Type 2 diabetes
Type 2 diabetes (formerly non-insulin dependent or adult diabetes) develops as a result of the body’s inefficient use of insulin. More than 95% of diabetics suffer from type 2 diabetes. This type of diabetes occurs mainly due to overweight and lack of physical activity.

Its symptoms may be similar to those of type 1 diabetes, but are often less severe. As a result, the disease is often diagnosed several years after its onset, after the onset of complications.

Until recently, diabetes of this type was observed only among adults, but now it is increasingly affecting children.

Type 1 diabetes
In type 1 diabetes (formerly insulin-dependent, juvenile, or childhood), which is characterized by insufficient insulin production, the patient requires daily insulin injections. In 2017, there were 9 million people with type 1 diabetes worldwide, most of them in high-income countries. Currently, the cause of this type of diabetes is unknown, and preventive measures have not been developed.

Most often, gestational diabetes is diagnosed not by the patient’s complaints, but by prenatal screening.